US Defense Secretary Ashton Carter said the United States was going to send an additional 1,800 troops to Iraq. According to carter, a ground operation was also possible. Will the US coordinate the deployment of additional troops to Iraq with the UN? 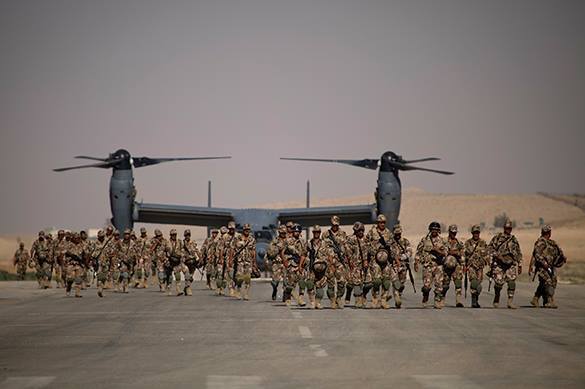 Pravda.Ru asked this question to Arsen Khizriev, a researcher with the Center of Asia and the Middle East at the Russian Institute of Strategic Studies.

"Most likely, the United States will take it through the UN Security Council. This decision was made for the US to control the mess with the participation of Turkish and Kurdish soldiers in Iraq. This issue will be further discussed with Turkish officials and the Iraqi Kurdistan, rather than with the Iraqi government," said the expert.

The head of the State Duma Committee for Foreign Affairs, Alexei Pushkov, believes that the United States would not disclose information about a ground operation, if such an operation were in the works.

"Given the nature of what has been happening in Iraq, I tend to agree with Alexei Pushkov. The war against the Islamic State has turned into a strange spectacle, in which each side is trying to show itself as the most active side," the researcher told Pravda.Ru.

"The attacks of the Western coalition can hardly change the situation, the militants are used to air strikes, and they have their workarounds. One needs to adopt new solutions, so the United States is talking about a possible ground operation," he added.