The US refused Bashar al-Assad's removal, as John Kerry claimed. He also admitted that the White House's policy failed. Boris Mezhuev, political scientist and Professor at the Russian Academy of Sciences told Pravda.Ru in an interview whether it can be considered as Putin's triumph. 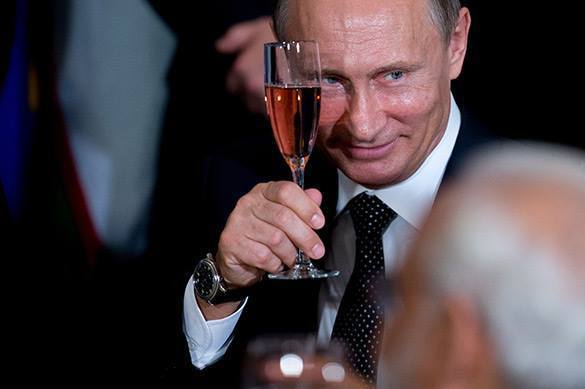 According to him, Russia's consistency played an important role in the Syrian issue. "Russia yielded to no persuasions of stupid advisers concerning the Assad's surrender. It maintained unity with Assad, and that is the only guarantee to establish relationship with the US," Mezhuev noted.

The expert added that there can be traced the methodology of Russian victory, which is not to surrender anybody and not to discard trumps in any case.

"It is clear that one should keep to hard, strong stance. Moreover, there could be observed predictability of the allies. Russia maintained its legal relations with everyone it wanted to and did not quarreled with any of the influential players in the region. It fell out neither with the Saudi Arabia, nor Israel, Turkey, Egypt.

Such a diplomacy showed that Russia is the most compromise force. With China such an alliance is not possible. Putin showed manliness and persuasiveness, as proving his point of view," Boris Mezhuev told Pravda.Ru.

He also noted that the policy of pulling chestnuts out of the fire had failed.

The main issue now is not to let the IS enlargement. An alternative coalition of former IS sponsors may wait in the wings, and launch a great war in the Middle East after the threat, i.e. the IS leaves.

It was a striking lesson of multipolarity for the US, a lot of things will happen in America, and they will be amazed. It will be just another world, that will remind of the state of war, but specifically in this region. That is, peace is based on multipolar relations but not on the fact that "we have friends in the Saudi Arabia, and we listen only to them," the political scientist concluded.