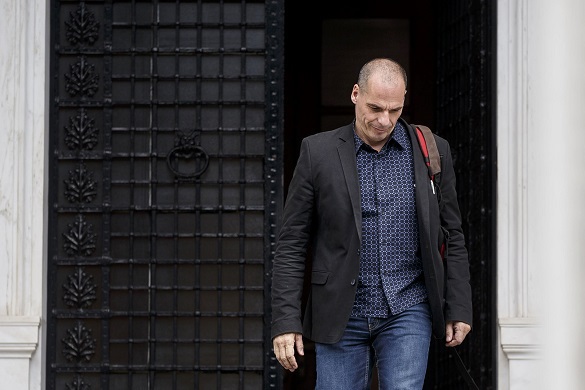 Why did the Greeks hold the referendum? Pravda.Ru asked this question to financial markets analyst Dmitry Tratas.

According to our expert, Greek Prime Minister Tsipras held the referendum to remove responsibility for a very important decision.

"Tsipras realized that by continuing the policy that he was running, he would come across  creditors' resistance and their unwillingness to give another tranche to Greece. Having realized that, Tsipras has decided to shift the blame from himself to the Greek people by announcing a referendum," Dmitry Tratas told Pravda.Ru.

Having dismissed Greek Finance Minister Janis Varufakisa, Tsipras, according to the expert, wanted to show the top three lenders that he was ready to negotiate some questions.

"The referendum is over, the country must move on and one has to solve problems of the Greek economy and receive new loans for that. This was a sign from Tsipras to creditors to demonstrate his wish to negotiate," Dmitry Tratas told Pravda.Ru.

Answering the question of whether the EU could forgive its debts to Greece, the analyst said that there was such a precedent in 2011, when a half of Greece's debt in the amount of 100 billion euros was written off. "It did not help at all," the expert said.

"Greece's debt has only increased since 2011, and nothing has changed in the structure of the Greek economy. Why writing off debt? To repeat history? I would not be surprised if creditors do not wish to forgive more of Greek debt," said Dmitry Tratas.