The Telegraph: USA and Turkey agree to strike Syria 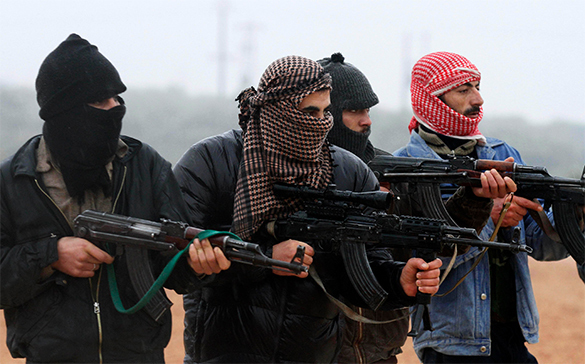 The United States and Turkey have reached preliminary agreement to train and moderate Syrian rebels and provide them with equipment.

According to officials from both countries, the decision to send more than 400 troops, including special forces, to work with opposition forces is consistent.

According to The Wall Street Journal, rebels will be equipped with weapons and radio stations to call airstrikes - similarly to how they were used by the Kurds in Cobán. American and Turkish officials said that the agreement on training fighters in Turkey would be signed in the coming days, Pravda.Ru reports.

"Negotiations have been concluded and an agreement text will be signed with the US regarding the training of the Free Syrian Army in the coming period," said Tanju Bilgic, a spokesman for the foreign ministry of Turkey.

The United States is planning to train about 5,000 Syrian fighters a year within the scope of the plan to strengthen the fractured rebel movement against the government of President Bashar al-Assad and extremist groups, Pravda.Ru says.

The initial training will last from six to eight weeks. The groups consisting from four to six people will be equipped with Toyota Hilux vehicles, GPS and radio stations, so they can identify targets for airstrikes.