Ukrainian President Petro Poroshenko is ready to declare martial law in the country, if it impossible to regulate the conflict in the Donbass in the near future. 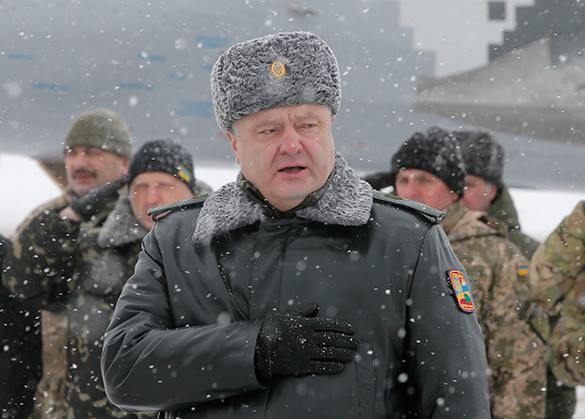 "If the conflict continues to exacerbate, I am ready to declare martial law throughout the country, and the Rada will support it. For the time being, I am not doing it, as it would involve restrictions on democracy and freedoms and pose a threat to the development of economy," Petro Poroshenko said in a recent interview with a foreign publication.

Poroshenko stressed out that he would like to resolve the conflict by peaceful means in accordance with the Minsk agreements.

"There is no other way. One should declare a cease-fire without preconditions. It is impossible to discuss economic regulation, or other topics, when the Ukrainian army defends its positions, while the rebels intend to attack the army, receiving all kinds of support from Russia - arms, instructors, commanders and units of the Russian army that act at their own risk," said Poroshenko.

Needless to say that Poroshenko did not say anything about clear evidence from both militia representatives and the OSCE about the use of NATO weapons by the Ukrainian forces.