Military alliance of Russia and Iran not dangerous for the West

Why did not Russia agree to military cooperation with Iran? Can it result in a further confrontation with the West? The editor-in-chief of the National Defence Journal Igor Korotchenko replied to these questions for Pravda.Ru. 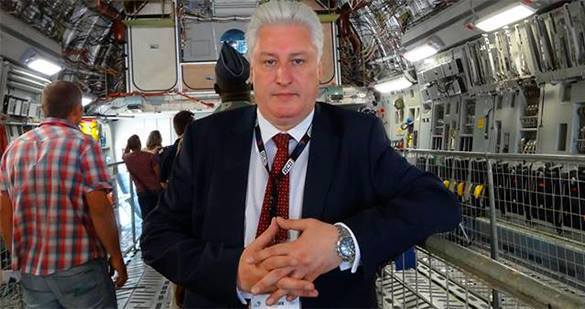 "We have always had good relationships with Iran, and therefore during the Minister of Defence's latest visit we signed an agreement, which provides for the exchange of delegations, visits, and consultations on military issues. It is military cooperation and military contracts. It does not threaten anybody, on the contrary, it contributes to stability in the region," Igor Korotchenko said in a conversation with a Pravda.Ru journalist.

As he stressed, Iran is an important country, an important partner of Russia. "We are therefore developing relations between the military departments of the both countries," the expert explained.

In response to the question whether a military base can be established in Iran Igor Korotchenko said that it had never been discussed.

The Pravda.Ru journalist also asked the expert whether it had become possible to supply Iran with S-300 complexes, for which a contract was at first signed but then frustrated in 2010.

"The Ministry of Defence is not engaged in an arms trade. Shipments of arms are within the competence of Rosoboronexport, the only state intermediary. The question about S-300 is suspended, consultations are ongoing, and a mutually acceptable decision is being sought in respect of that contract. I think such solution will be found that will satisfy the both parties," Igor Korotchenko replied.