USA will not draw Russia into military conflict in Ukraine

Vladimir Putin reportedly put forward a new heavy artillery withdrawal plan to Petro Poroshenko. Kiev rejected it, but did not propose anything instead. Later Ukrainian authorities suggested that Moscow should sign a schedule for the implementation of the Minsk agreements. That is, the same thing is suggested but from different positions. Anatoly Tsyganok, director of the Military Forecasting Centre, a candidate of military sciences and an associate of the Academy of Military Sciences, explained in an interview to Pravda.Ru whether there was a way out. 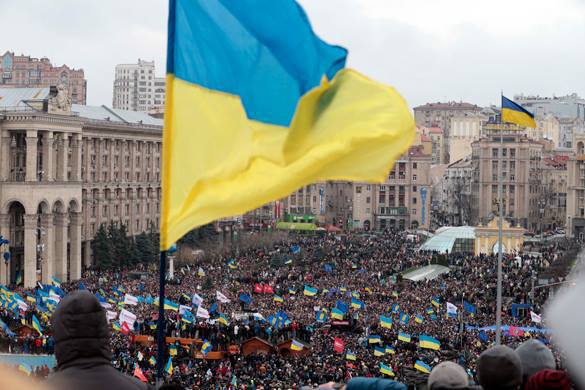 "Ukraine reiterates that Russia is in the war, but it's not true. Yes, there are certain specialists and weaponry, but Russia is not participating. If we take a closer look, the weaponry acquired by volunteer corps had been originally purchased through one oligarch. Weaponry was not only seized in battles. Not far from Donetsk there is a heavy equipment depot with around 400 tanks and 200 armoured personnel carriers. Ukraine repeats that Russia brings its troops, but in fact the USA and the NATO have artificial satellites continuously circulating above this territory and control the situation. These borders are also controlled by unmanned aerial vehicles," Anatoly Tsyganok observed.

As the expert said in the conversation with a Pravda.Ru correspondent, whereas in summer the OSCE's attitude to this situation was somewhat indistinct, now the OSCE clearly claims that Russia is violating all international agreements.

"Agreements that Ukraine is trying to thrust on Russia are unrealizable because Russia has never participated in the military conflict. And no attempt to involve Russia in the conflict will be crowned with success," Anatoly Tsyganok stressed.