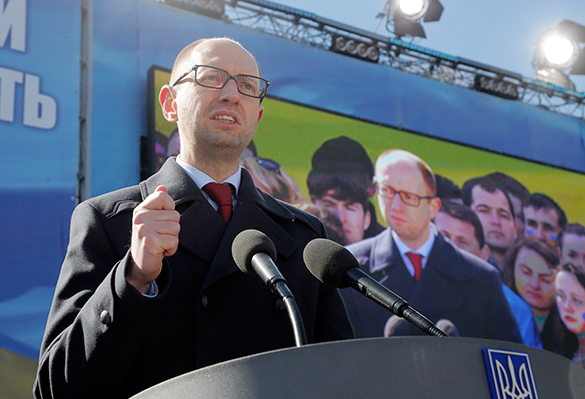 Ukrainian Prime Minister Arseny Yatsenyuk's obsession with the Russian Kremlin continues to grow stronger. According to the Prime Minister of Ukraine, it was Russian special services that attacked websites of German government agencies on January 7.

The hacker attacks on the websites of the German Chancellor, the government of Germany, the Bundestag and the Foreign Ministry of Germany were committed prior to Yatsenyuk's meeting with Angela Merkel in Berlin. An official representative for Berlin, Steffen Seibert, called the attacks "serious."

Noteworthy, it was a Ukrainian hacker group CyberBerkut that claimed responsibility for committing the attacks.

For about six months already, Ukrainian Prime Minister Arseny Yatsenyuk makes statements, in which he persistently emphasizes that any sort of discontent with the policies of the Ukrainian government and him personally is nothing but a "hand of the Kremlin."