North Korean leader Kim Jong-un approved the plan of the asymmetric seven-day war with South Korea. To capture the neighboring state, the North Korean Army will need only seven days - the time period that would be enough not to give the United States an opportunity to get involved in the conflict. 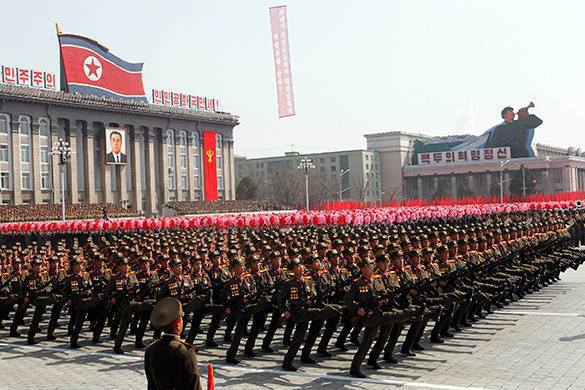 Kim Jong-un ordered military commanders to create plans of operations for their units and conduct exercises. The authorities of the DPRK declared the year 2015 as "the year of the great war for reunification."

The strategy approved by Kim Jong-un in 2012 envisages an asymmetrical war with the use of nuclear weapons.

Earlier, it was reported that Kim wrote a letter to the widow of former South Korean President Lee Hee-ho. In the letter, the leader of North Korea set out a hope for the two republics to unite.

At the same time, the South Korean authorities develop a response plan should the North decide to invade.