US President Obama determined to continue putting pressure on Russia

US President Barack Obama said that the United States would continue putting pressure on Russia, even if it negatively affects the European economy. 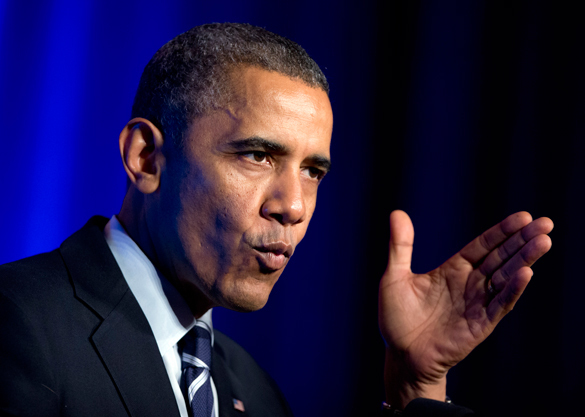 At the same time, Barack Obama is skeptical about the effectiveness of  measures of pressure, RT reports. According to the US president, negative consequences of the sanctions will need to move from the economic to the political sphere to change Russia's course.

US President Barack Obama, speaking to the leadership of American business circles, said that the United States, in cooperation with the European Union, will continue putting pressure on Russia, as Washington hopes to make Moscow change its political course, TASS reports.

According to Obama, the anti-Russian sanctions show a strong influence on the socio-economic situation in Russia. At the same time, Obama described his relations with his Russian counterpart as straightforward and business ones.

The US president admitted that the current situation leads to increasing public support for Vladimir Putin in the country, although it also isolates Russia on the international arena. According to the President, Washington offers Moscow a way to resolve the problem.