Igor Dodon: Prosperous Moldova can be only together with strong Russia

According to preliminary data, the Socialist party, favouring Moldova's membership in the Customs Union, is taking a lead in the election. The Party's leader Igor Dodon told a Pravda.Ru correspondent as to who would form the government and what the differences between pro-Europe parties were. 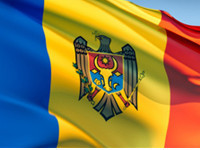 "I think that at this stage it is premature to talk about possible coalitions until final data are not approved by the Central Election Commission and the Constitutional Court. However, so far it is safe to say, even taking into account the percent of those parties that got in, that most citizens voted for the prosperous Moldova together with the strong Russia and for Moldova to join the Customs Union. Based on an uncertain position of communists, I believe it is too early to say if it is possible to form the majority that will lead to the Customs Union. But even if it fails at this stage, anyway we will strive for achieving this goal", Dodon told a Pravda.Ru correspondent.

That said, a Pravda.Ru correspondent asked if the Patria party would have changed the power balance if it had been allowed to take part in the election.

"If the Patria party took part in the election campaign, I'm sure that the left would have over 60%. We need to wait for the final vote count", Dodon said.

So it should be noted that it would be difficult for the parliament to make a decision since the right has no majority coalition. But the final results will show the whole picture.