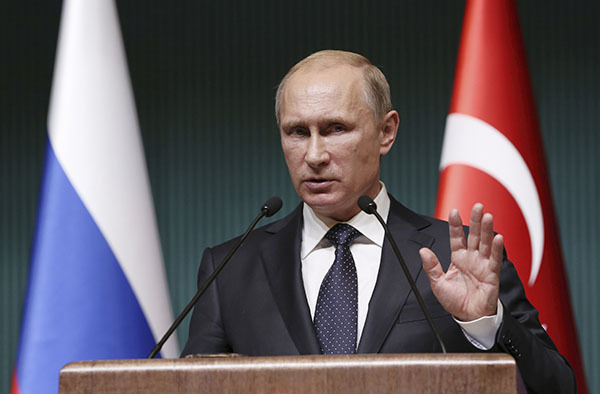 Russian President Vladimir Putin, during his visit to Turkey, stated that Russia could not continue the implementation of the South Stream project.

"If Europe does not want to run the South Stream project, then it will not be executed," Putin also said. To all appearance, Europe was not expecting such a turn of events.

Nevertheless, Russia, Putin said, does not abandon plans to supply gas to southern Europe bypassing Ukraine. "Given the growing needs of Turkey, we are ready not only to expand the Blue Stream, but also build another pipeline system to meet the growing needs of the Turkish economy. If considered appropriate, we will also be ready to create a so-called gas hub on the Turkish territory on the border with Greece for consumers in southern Europe," said Putin.

Later, speaking at a news conference following the Russian-Turkish summit talks, which took place in Ankara, the head of Gazprom, Alexei Miller, said that the South Stream project was already a solved question. "That's it, the project is closed," RIA Novosti quoted Miller as saying.

Miller also said that Moscow and Ankara reached an agreement to build a new gas pipeline across the Black Sea. The capacity of the new system will make up 63 billion cubic meters of gas a year.

Talking about the price of gas for Turkey, Miller said that in the long term it can reach the price level of the price of the Russian gas to Germany.