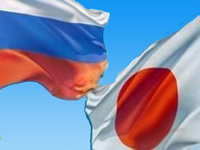 This was announced by the Japanese Foreign Ministry on September 24. Earlier, it was reported that the new package of Japanese sanctions against Russia contained restrictions on transactions with securities of several Russian banks, particularly, the ban on their emission in the country.

Japan imposed new sanctions on Russia in light of the Ukrainian crisis.

Moscow is disappointed with new sanctions from Tokyo. The Russian administration saw the move as an unfriendly act, officials with the Russian Foreign Ministry said.

"We are disappointed with Tokyo's announcement of new restrictive measures against Russia on September 24. The decision of the Japanese government appears illogical in light of specific arrangements achieved on September 5 and 19 in Minsk to ensure ceasefire in the south-east of Ukraine," a statement from the Russian Foreign Ministry said, RIA Novosti reports. "We believe that this unfriendly step is another evidence to prove the inability of Japan to build foreign policy independently," the message also said.