By September summit, NATO will formulate a new strategy for waging cyber wars. The main question is how to apply international law to cyber war. 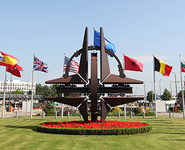 For many years, NATO has not had a legal framework that would establish the rules of war on the Internet. Before the next summit of the alliance, which will be held in September in Wales, 28 member countries intend to coordinate their positions to start applying international rules of war against attacks conducted in virtual space. This will result in far-reaching consequences of when and how it will be possible to conduct military operations in the era of the Internet, www.dw.de website says.

"The allies want to ensure that international law should be in effect in cyberspace" Christian Liftländer from the Department of cyber defense at NATO Headquarters in Brussels said. According to him, the Alliance has no right to enact legislation, but its member countries may speak in favor of international legal norms, in particular relating to wars.

According to Art. 36 of the First Additional Protocol to the Geneva Conventions on the Protection of Civilian Persons in Time of War, countries are obliged to apply international law to new tools and capabilities of warfare. In 2013, an expert group of 20 people studied variants for the implementation of these requirements and published the results of the study in the so-called "Tallinn Reference".

In the study, experts assert  that international law of war should be applicable in the virtual world as well. According to them, there is no big difference in how these rules are applied - either with the use of a keyboard, or a tank. Cyber ​​attacks that result in civilian casualties, should be prohibited just like air raids on hospitals and schools.

Experts agree that governments have the right to respond to a cyber attack that cause not only virtual, but also real damage.