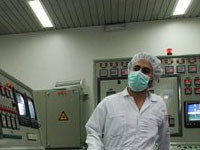 Nearly a half of nuclear power in the United States is produced by Russian nuclear warheads, Senior Deputy Secretary of State on Disarmament, Rose Gottemoeller, said Oct. 10th in her speech at the First Committee of the UN.

Rose Gottemoeller also added that over the past 15 years, nuclear fuel produced with the use of Russian nuclear warheads, has provided ten percent of all electric power produced in the United States.

The delivery of the last batch of uranium from Russia is scheduled for November.

"We are looking forward to the moment when we celebrate this achievement," said Gottemoeller.

The officials focused on the situation in Syria, including the agreement on the international control over Syrian chemical weapons.