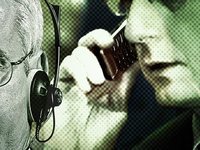 Brazilian President Dilma Rousseff has canceled her visit to the United States because of the scandal with electronic surveillance conducted against her by U.S. intelligence agencies.

According to Brazilian diplomats, the trip only if there is investigation conducted into the fact of espionage. In turn, the White House said that the decision to postpone the visit was a joint decision made between the two presidents. Barack Obama promised to investigate the case.

Rousseff enjoys high respect in Washington, and her visit is only visit of the level that had been planned for this year.