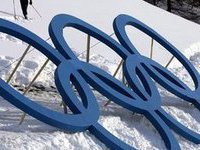 The National Olympic Committee of Georgia protested the inclusion of Abkhazia and South Ossetia as independent entities in the registration form for media accreditation for the 2014 Olympics in Sochi.

According to the Ministry of Foreign Affairs of Georgia, Abkhazia and South Ossetia "are not recognized ether the UN or 99 percent of the world" and their participation in the Olympics as independent states should be completely ruled out.

The Georgian NOC appealed to the International Olympic Committee to have the issue solved.