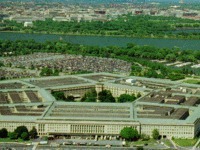 The statement was a response to the publication of a report from the U.S. State Department on arms control in Russia. The document reads that Russia may not comply with the Biological and Toxin Weapons Convention (BTWC).

"The evidence, as always, has not been provided," officials with the Russian Ministry for Foreign Affairs said in a statement. The department also noted that the report does not contribute to the establishment of trust between the two countries.