Dreamliner suffers another blow to its image at London's Heathrow 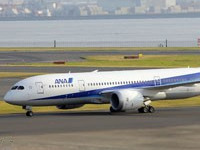 Investigators said there was no evidence to suggest that a fire onboard a Boeing 787 Dreamliner parked at London Heathrow Airport was caused by the next-generation jet's batteries.

A team from Britain's Air Accident Investigation Branch (AAIB) was deployed following the blaze on Friday on an Ethiopian Airlines plane, which was empty at the time. The fire is a further blow for the jet, after Boeing temporarily withdrew all Dreamliners from service earlier this year due to concerns that batteries on board could cause fires, says AFP.

Another issue with the Dreamliner's electrical systems is likely to raise new questions about the airliner but if its traced to part incorrectly installed by Ethiopian maintenance workers or a galley problem the spotlight will fall on the airline, informs the Australian.