The U.S. Navy SEAL, who fired three bullets at "terrorist number one," was left without a job and retirement allowance. The man divorced his wife and said that the government had abandoned him. 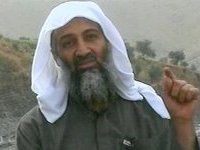 The military man, whose name has not been exposed, expects an allowance for disability from the Department of Veterans Affairs. He resigned last Friday just three years before retirement and no longer has the right for a pension and medical care.

"Instead of counting, for some reason I said to myself the George Bush 9/11 quote: Freedom itself was attacked this morning by a faceless coward, and freedom will be defended," he said, recalling the moments before he dropped into Bin Laden's Abbottabad compound. "I could just hear his voice, and that was neat. I started saying it again and again to myself. Then I started to get pumped up. I'm like: 'This is so on," Fox News said.

Having entered the house, the man ran up the stairs and saw Bin Laden in a dark room. The terrorist pushed his youngest wife in front of him. The SEAL was wearing night vision goggles. He raised the gun and shot three bullets in Bin Laden's head.

"And I remember as I watched him breathe out the last part of air, I thought: Is this the best thing I've ever done, or the worst thing I've ever done? This is real and that's him. Holy s---," the SEAL recalled. "Everybody wanted him dead, but nobody wanted to say, Hey, you're going to kill this guy. It was just sort of understood that's what we wanted to do. His forehead was gruesome. It was split open in the shape of a V. I could see his brains spilling out over his face. The American public doesn't want to know what that looks like," Fox News said.