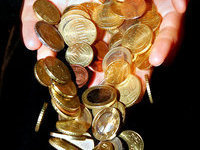 It turned out that the debt under the agreement from July 1, 2005 was repaid through deliveries of Russian goods and services under the contract with the Budker Institute in October 2008. China's State Council Vice Premier Wang Qishan confirmed that he had signed the document to write off the debt.

Now the Russian Ministry of Finance can easily prepare for the financing of previously concluded contracts between the two countries. First and foremost, it goes about the contract between JSC Russian Helicopters and a Chinese company to supply 20 helicopters to China with a total value of more than 10 billion rubles.

It is worthy of note that In early December, the U.S. Senate prohibited the Pentagon from maintaining commercial contacts with Rosoboronexport, Russia's largest importer of arms. Until recently, the U.S. was negotiating the purchase of 21 Mi-17 helicopters for their use in Afghanistan. The deal was estimated at 375 million dollars.