The Communist Party of China demands the U.S. should disarm. According to Chinese officials, the recent school massacre gave all to understand that one should not wait any longer. The country's leaders believe that the brutality of the Connecticut shooter will ensure the widest public support for arms reduction, Infowars.com reports with reference to China's news agency Xinhua. 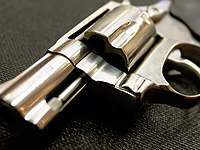 Xinhua is, in fact, the press service of the current government of China. This organization is responsible for "the work of the State Council and for the reports of the Party on Chinese propaganda and public information services." In other words, Xinhua is a mouthpiece of Chinese leaders.

Thus, the Chinese government calls Obama "to use the tragedy as a reason to promote the law on the control of weapons." According to Chinese officials, now is the best time to act so, since the president has just been elected for a second term.

They also note that although previous similar shootings did not to any serious actions, the most recent tragedy may serve an important impetus to revise the system of arms control."

According to US-based activist and FBI informant Brandon Darby, "the current Chinese government killed from 40 to 70 million people during Mao Zedong's Revolution. Mao himself said that "political power starts in the barrel of a gun."

On December 14th, 20-year old Adam Lanza shot 26 at Sandy Hook School in Newtown, Conn. Twenty of his victims were children from 6 to 10 years. The tragedy triggered a discussion of the bill on the reduction of weapons.