South Korean and U.S. experts analyzed the new satellite images and concluded that North Korea had built new uranium enrichment plants, in addition to the already existing facility in Yongbyon. Kyodo news agency reported referring to representatives of the Defense Ministry in Seoul that Pyongyang had about 40 kilograms of weapons-grade plutonium, which was obtained after processing spent fuel rods of the NPP. 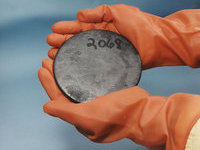 At the end of November 2010, the DPRK leadership officially announced an intention to expand the nuclear program. In this regard, there are thousands of centrifuges for uranium enrichment operating at the Yongbyon plant. During that time, IAEA inspectors were monitoring the activities at the plant. Soon afterwards, though, North Korea decided to cease cooperation with the organization and expelled observers from the country.

North Korea declared itself a power with a nuclear potential seven years ago. In 2006 and 2009, Pyongyang carried out nuclear tests, which caused outrage at the UN Security Council. The organization demanded North Korea should stop nuclear tests and launches of ballistic missiles and resume the talks on reducing the nuclear threat in the troubled region.