The U.S. Defense Department plans to increase the number of spies abroad to 1,600. 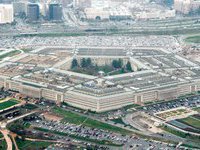 According to The Washington Post, the newly established network of agents will not yield to the one that the CIA presently has. The Pentagon introduces such measures to improve the data collection in combat zones.

According to NTV, the new spies will work all over the world under the guise of diplomats, businessmen and scientists. Currently, there are about 500 US spies working under cover outside the United States.

For 10 years, the Pentagon Intelligence Agency was paying a lot of attention to the work conducted in the context of military operations in Iraq and Afghanistan. Now the department will have a different profile for its activities. The Defense Department wants to pay more attention to the elimination of potential threats.

According to Rosbalt, the main activities will embrace: African groups of radical Islamists, the supplies of arms by Iran and North Korea to other countries, as well as the modernization of China's armed forces.

For this reform, the Pentagon will receive 100 million dollars. The U.S. Department of Defense plans to work more closely with the CIA and with the Special Operations Command of the Armed Forces of the United States.

It is worthy of note that the Intelligence Department of the Pentagon, in contrast to the CIA, is not allowed to carry out covert operations abroad, if it goes about something outside the framework of collecting information.