One of the key witnesses in the case of the air crash of the Polish Tu-154 near Smolensk, Remigiusz Mus, was found hanged. The body was found in the basement of a residential building near Warsaw, where he was living with his wife. Investigators believe that it was an act of suicide, officials said. 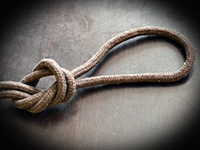 During the Tu-154 air crash, 42-year-old flight engineer Mus was staying in the cockpit of the Yak-40 that landed an hour before the tragedy at Smolensk-North airport. On the day of the tragedy, he was listening to the talks between the crew of Kaczynski's jetliner and the flight control officer in Smolensk in an onboard radio station.

In his testimony, Mus reported that the flight officer on duty gave the Polish liner a permission to descend to the "decision-making height" of 50 meters, despite the thick fog, says RBC. Officially, the air controller did not allow to descend below 100 meters. According to Mus, the Yak-40 was also allowed to go down to 50 meters. The flight engineer also claimed that he had heard two explosions a few seconds before the Tu-154 crashed.

The head of the Polish parliamentary commission for the investigation of the crash said that what occurred to flight engineer was suspicious. "The loop tightens on everyone, who could tell the truth about what happened in Smolensk," says Anton Maceriewicz. He believes that the second key witness in the case - the pilot of the Yak-40 - should be provided security, said BBCRussian.com.

The Tu-154, carrying the Polish President Lech Kaczynski, his wife Maria and several high-ranking Polish politicians, crashed in the Smolensk region of Russia on April 10, 2010, killing 88 passengers and eight crewmembers.