The authorities of Norway's Ila prison, where killer Anders Breivik will serve his sentence of 21 years, intend to make concessions to the terrorist to make up for his staying in isolation and for the absence of communication, the governor of Ila prison, Knut Bjarkeid, told Aftenposten. 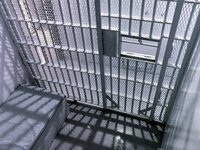 The killer will be kept at the maximum security unit at the moment. For the time being, he is the only such prisoner in Norway. "This is the first time in the history of Norway, when the prisoner will be staying so long on the Regime of Particularly High Security.

"The idea is to increase contacts with the prison staff who are tasked with keeping him active, doing physical exercise with him, talking to him," Ms Bjercke told the Associated Press news agency. "Isolation is torture." "I like to put it this way: he's a human being," prison spokeswoman Ellen Bjercke said. "He has human rights. This is about creating a humane prison regime," she added.

Breivik received a laptop only for the pre-trial period. The prison authorities will discuss the laptop issue later. "An ordinary typewriter has removable parts and is harder to be secured than a laptop," officials said. In Breivik's cell, the laptop will be attached to the table.

The terrorist will be allowed to receive visitors once a week. Communication will be taking place through a transparent wall in the presence of prison staff. Each session will last for one hour. The guards will not control the content of conversations.

Breivik, who killed 77, will be able to use regular mail for correspondence and for mailing the books, which he is working on. Prison employees will read every message that Breivik will be sending.

On Friday, the Oslo District Court ruled Breivik sane and sentenced him to 21 years in prison with the possibility of prolonging the term. Breivik will have three 8-square-meter rooms at his disposal - a bedroom, a study and a gym, where he lived during the pre-trial detention.