The US-based think tank The Fund for Peace has made an annual ranking of countries on the index failed states, reports ERR. 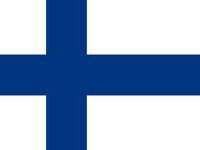 The rankings takes into account 12 criteria, which may potentially lead to the disintegration of a country. In particular, it goes about demographic, economic, political and military factors.

Finland was recognized the world's strongest state. The list continues with Sweden, Denmark, Switzerland and Norway.

Among post-Soviet countries, the best position on this ranking was taken by Lithuania - the 149th place. Then comes Estonia that was ranked 143rd. The group of relatively stable countries includes Italy, Hungary, Slovakia, Malta, Poland and Japan.

The worst rating among the former Soviet Union was shown by Uzbekistan - the 39th place, Kyrgyzstan - the 41st position and Tajikistan - the 46th. Russia takes the 83rd place, Belarus comes 85th, Ukraine - 113th.

The U.S. fund annually compiles the list of the countries on the failed states index. A failed state is a state perceived as having failed at some of the basic conditions and responsibilities of a sovereign government. There is no general consensus on the definition of a failed state. In particular, the survey analyzes the situation with human rights, the quality of public services, the distribution of wealth and the number of refugees in various countries of the world. The Fund for Peace has published the rating for the eighth time.