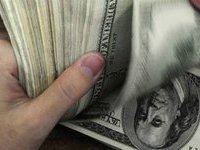 A payroll tax cut package engineered by House Speaker John Boehner was overwhelmingly approved by Republicans on Tuesday despite a veto threat from President Obama, escalating a year-end showdown over extending the benefit for 160 million American workers.

Passage of the measure was a momentary victory for the speaker, who has struggled to get reluctant Republicans on board for the tax break, which puts a $1,000 in average workers' pockets. It was approved 234-193, with 224 Republicans and 10 Democrats voting in favor, reports San Francisco Chronicle.

"It is disappointing that the White House has threatened to veto its top legislative priority." But the measure was unlikely to reach the White House, according to The Detroit News.

After the House vote, the White House urged Congress on in finishing work on extending the tax cuts and jobless aid. Press Secretary Jay Carney issued a statement that didn't mention the pipeline but renewed Obama's insistence that the legislation be paid for, at least in part, by "asking the wealthiest Americans to pay their fair share" in higher taxes.

Lawmakers "cannot go on vacation before agreeing to prevent a tax hike on 160 million Americans and extending unemployment insurance," he said. Republicans mocked Obama's objections to their version of the bill, says STLtoday.com.

While the tax and unemployment provisions were less generous than Obama sought, he and Republicans clashed principally over steps to cover the estimated $180 billion cost of the measure, and on the proposed 1,700-mile Keystone XL oil pipeline from Canada through environmentally sensitive terrain in Nebraska to the Texas Gulf Coast.

Obama recently delayed a decision on granting a permit for the pipeline until after the 2012 election, informs Chicago Sun-Times.