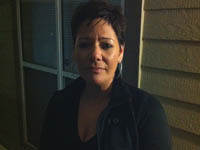 Presidential hopeful Herman Cain strenuously denies he had a 13-year affair with a businesswoman, Ginger White.
Miss White said they met after a business presentation by Mr Cain in the late 1990s and that for more than a decade he had flown her to cities around the United States where they had sex in upmarket hotels. The single mother of two said that their physical relationship had ended eight months ago, shortly before he declared his presidential bid, but that they had spoken as recently as September, says Telegraph.co.uk.

Cain, 65, appeared on CNN yesterday to deny White's accusation before the interview aired, saying that, though he knew her, he hadn't had a sexual relationship with her and didn't intend to drop out of the presidential race based on her story. His Atlanta-based attorney, Lin Wood, said in a statement to Fox 5 that White's account "appears to be an accusation of private, alleged consensual conduct between adults -- a subject matter which is not a proper subject of inquiry by the media or the public."
Cain's campaign issued a statement after the station's report that said: "Detractors are trying once again to derail the Cain Train with more accusations of past events that never happened. The Cain campaign is not surprised that another female accuser has come forward due to the fact that earlier allegations were unable to force Herman Cain to drop his presidential bid to renew America.", informs BusinessWeek.

Moments after Cain issued a preemptive denial, an Atlanta television station posted a story to its website quoting a woman identified as Ginger White as saying, "I was aware that he was married. And I was also aware I was involved in a very inappropriate situation, relationship." Cain's candidacy was soaring in the polls until he was hit less than a month ago with accusations that he sexually harassed several women in the past. In this case, unlike the others, Cain took the unorthodox step of issuing a denial in advance.
"I did not have an affair, and until I see and hear exactly what's going to be, what accusations are going to be made, let's move on," he said, according to Detroit Free Press.