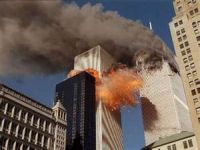 The Serbs were working normally and said they were seized during their lunch break in Tripoli.

It is enough to see the behaviour of the Rats to ask what the Serbian politicians who have done nothing to help Libya and the Libyans while the Serbian people have given everything, what they think they are doing and whether they have the moral right to sit on the chairs they are sitting on.