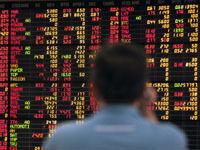 Thailand's new astrology buff finance minister will likely need more than the stars to guide him as he attempts to steer the nation's economy through the threat of a fresh global slowdown and high expectations for a wave of new populist policies at home.

Thirachai Phuvanatnaranubala, 59 years old and set to be sworn in Wednesday, has a difficult balancing act to perform, analysts say. Plucked from his job at Thailand's Securities and Exchange Commission after last month's national elections propelled Prime Minister Yingluck Shinawatra-the sister of ousted leader Thaksin Shinawatra-into leadership, Mr. Thirachai on Wednesday wrote on his Facebook page that he plans to keep a firm grip on government spending. But that may prove complicated as Ms. Yingluck attempts to deliver on her free-spending campaign pledges, says Wall Street Journal.

Writing on his Facebook page, Thirachai said he had played no part in drawing up Puea Thai's policy, which includes a big jump in the minimum wage and a doubling in the guaranteed price paid to farmers for rice.

"Truth and political dreams have to deal with the sustainability of the country's fiscal status -- that's my concern," he wrote.

A jump in the minimum wage could cause a one-off rise in prices, he said.

But that was less of a worry than demand-pull inflation caused by strong growth and the Commerce Ministry should be able to cope with it and ensure that any prices rises were reasonable, he said.

The Commerce Ministry has powers to control a broad range of retail prices, including at the moment sugar, milk, soap and school uniforms, for example.

The best way to cope with high inflation is to improve productivity and add value, Thirachai said, according to Reuters.