Rupert Murdoch's News of the World stops its existence 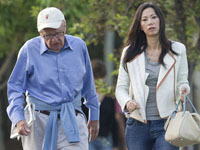 The Murdoch family's decision to close the disgraced mass circulation tabloid at the center of a deepening scandal has shifted Britain's media and political landscape, with an arrest seeming imminent for the paper's once politically influential former editor.

The decision by Rupert Murdoch's media conglomerate, the News Corporation, to close the paper, The News of the World, seemed to be a calculated move to help protect Mr. Murdoch's proposed $12 billion takeover of the pay-television company British Sky Broadcasting. But it hardly put an end to the uproar, or to Mr. Murdoch's connection to it, reports New York Times.

The abrupt decision stunned the paper's staff of 200, shocked the world's most competitive news town and ignited speculation that Rupert Murdoch's News Corp. plans to rebrand the tabloid under a new name in a bid to prevent a phone-hacking scandal from wrecking its bid for a far more lucrative television deal.

"This Sunday will be the last issue of the News of the World," James Murdoch, son of the media magnate, announced in a memo to staff.

Mushrooming allegations of immoral and criminal behavior at the paper -- including bribing police officers for information, hacking into the voice mail of murdered schoolgirls' families and targeting the phones of the relatives of soldiers killed in Afghanistan and the victims of the London transit attacks -- cast a dark cloud over News Corp.'s multibillion-dollar plan to take full ownership of British Sky Broadcasting, an operation far more valuable than all of Murdoch's British newspapers, according to Albany Times Union.