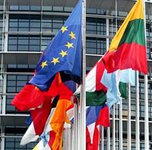 Interior ministers from the 27-country bloc have agreed to change the rules of the Schengen passport-free area, seeking to clarify conditions under which national governments can reinstate border controls following a high-level spat between France and Italy.

At an extraordinary meeting in Brussels yesterday (12 May), ministers discussed the conditions under which countries should be allowed to reintroduce border controls for people travelling within the Schengen area, reports.

The Liberal-Conservative government yesterday came closer to making a deal with the Danish People's Party (DF) to increase border controls around the country in exchange for DF's support for its 2020 budget reforms.

In reaction, Swedish and German politicians objected that it was a "scandal" that the government was ready to chip away at the Schengen Agreement in order to win DF's support for its welfare reform.

Under Europe's common border agreement, people are allowed travel within the so-called Schengen area without passport checks at national borders, according to.

Speaking in Brussels, Danish Immigration and Integration Minister Søren Pind said: "This is to ensure that the darker sides of the very positive free movement do not strike as hard as they do, that we can try to get to trafficking, to people who smuggle drugs and so on."

Critics, however, see any softening of Schengen, by way of stricter border checks, as an attack on one of the key achievements of European integration, says.