Syrian ambassador upset about being not invited for Royal wedding 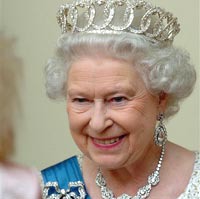 Sami Khiyami's invitation to the royal wedding was rescinded yesterday morning amid mounting criticism of the Syrian regime's killing of hundreds of civilian protesters in recent weeks.

The Foreign Office had originally defended his invitation as part of normal diplomatic protocol, because Britain retains diplomatic relations with Damascus.

But William Hague, the Foreign Secretary, reversed that decision yesterday morning, blaming the killing of civilians.

Dr Khiyami said he was not surprised by the decision, which he attributed to "the influence of media on government decisions" in Britain, according to .

Foreign Secretary William Hague stepped in and his department said: "In the light of attacks against civilians by Syrian security forces, Buckingham Palace shares the view that it is not appropriate for the Syrian ambassador to attend."