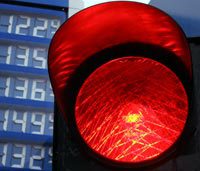 The French government's move to block the trains from entering France through Menton had led to the trains being held up at the Italian border station of Ventimiglia for hours on Sunday, infuriating the Italian government, reports.

Italian officially complained against France's move and called on the French envoy in Paris to communicate the Italian government's strong disapproval to Paris.

During an interview on Sunday, Italian Foreign Minister Franco Frattini said that the Tunisians had proper paperwork to enter France, and that France's move was "illegitimate and in clear violation of general European principles."

Italy has been issuing temporary residential permits to thousands of migrants, permitting them to travel more freely in European countries.

However, France says it will only support the migrants' entry if they can provide evidence that they are able to financially support themselves, according to .