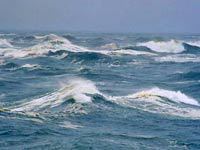 Remains of a French passenger aircraft that crashed into the Atlantic killing all on board two years ago have been found, reports quoting French investigators and the airplane manufacturer said.

Air France Airbus 320 flight from the Brazilian capital Rio de Janeiro to Paris crashed into the Atlantic on June 1, 2009, killing all 228 people on board.

Fifty bodies and small scattered pieces of the plane were found about 1,000 kilometers northeast of Brazil's Fernando de Noronha islands later, according to RTTNews.

In this fourth such search operation, it is hoped the flight recorders, and answers to why the Airbus A330 crashed, could be within reach.

Speculation has largely focused on the plane's speed sensors.

Air France and Airbus have both been placed under formal investigation as part of a French criminal inquiry into the causes of the crash, euronews reports.