Who takes the lead in international operation against Libya? 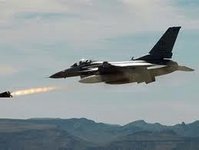 As the international military and financial campaign against longtime Libyan leader Muammar Gaddafi continues, diplomats are finding it difficult to forge consensus. A NATO summit in Brussels entered its fourth day on Thursday, while the Western military alliance's overall commander, US admiral James Stavridis, remained in Turkey in a bid to convince leaders there to join the campaign.

Ambassadors from NATO's member states have been unable to decide which countries will take the lead in the international operation or whether NATO will take the lead at all. The United States is eager to step back from its command role and has been promising a new plan for days, Aljazeera reports.

The UN Security Council authorised the no-fly zone to protect Libyan civilians after Gaddafi launched attacks against anti-government protesters who wanted him to leave after 42 years in power.

In the latest wave of overnight air strikes, French planes hit a base about 155 miles south of the Libyan coastline, French military spokesman Thierry Burkhard told reporters in Paris. British forces were also heavily involved in a fifth night of military action, and the Ministry of Defence said guided Tomahawk Land Attack Missiles (TLAM) were launched from a Trafalgar Class submarine at specific targets, The Press Association informs.