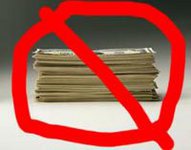 The decision will affect around 193 accounts at 14 financial institutions based in Germany, as well as the account of the Libyan Central Bank at Germany's central bank, the Bundesbank. According to the Finance Ministry, the decision will freeze billions of euros of assets.

"The measures taken are a clear reaction to developments in Libya," a statement from the Finance Ministry read. "The brutal oppression of Libyans' right to freedom can no longer be financed with money that has been placed in German banks," Spiegel Online reports.

The banks affected by the freeze "are controlled by Muammar Gaddafi and are a potential source of financing for his regime," said the German ministry in a statement.

The targets of the new EU financial sanctions include the $70 billion LIA, a sovereign fund that has used oil and gas revenue to invest in prominent European assets including banks and a defense company.

Europe has also placed a travel ban on the Libyan leader and his family and followers, as well as imposing an arms embargo and ban on exports of equipment such as riot gear and tear gas that could be used by his security forces against rebels, Reuters says.

Britain is pressing for a European Union emergency summit declaration calling for Colonel Muammar Gaddafi to step down, as pressure grows to impose a no-fly zone in Libyan airspace.

In a joint letter with Germany, the British foreign secretary, William Hague, said the upheaval in the EU's "southern neighbourhood" presented Europe with a challenge and an opportunity on a scale matching the revolutions of 1989, The Guardian reports.