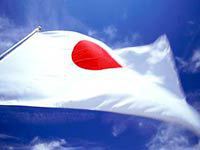 An earthquake with a preliminary magnitude of 7.2 rocked northeastern Japan shortly before noon on Wednesday, measuring lower 5 on the Japanese seismic intensity scale of 7 in the northern part of Miyagi Prefecture, the Japan Meteorological Agency said.

A tsunami alert was issued for northeastern Japan on the Pacific coast, including Iwate, Miyagi and Fukushima prefectures. Tsunami waves are anticipated to be around 50 cm high, the agency said, adding it expected no major damages. At 12:26 p.m., a 60 cm high wave was reported at Ofunato Port in Iwate Prefecture, according to The Japan Times.

The Meteorological Agency said the focus of the quake, which was felt in Tokyo, was located about 10 kilometers underground off the Sanriku coast in northeastern Japan.

The quake, which measured a lower five on the Japanese intensity scale in the cities of Kurihara and Tome and the town of Misato in Miyagi Prefecture, caused a crack measuring about 140 centimeters long in the wall at Sendai City Hall.

East Japan Railway Co. said that Tohoku Shinkansen services were suspended between Shiroishi-Zao and Shichinohe-Towada stations for about 10 minutes after the quake. Nine trains were delayed by up to 54 minutes as a result of the earthquake, affecting about 3,200 passengers, Mainichi Daily News reports.