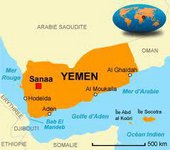 A senior member in the Southern Movement, Yassin Ahmad Saleh Qadish was a member of the socialist party that ran south Yemen until 1990 when it negotiated unification with the tribal, more religiously conservative north.

"The south will push for a referendum after Saleh falls. It is a mass demand," Qadish, a former diplomat, said, Reuters reports.

Analysts say however that opposition leaders are seeking a greater share of power rather than regime change.

A government official said that "intense conversations" were still going on through back channels between the opposition and the government, although an official from one of Yemen's opposition parties, Sultan al Atwani, said that this was "simply not true.", Financial Times informs.