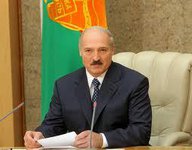 The European Union has not sent representatives to the swearing in ceremony of president-elect Aleksander Lukashenko in Minsk today, in protest against what were widely regarded as rigged elections on 19 December.

The news follows Belarus's foreign minister threatening retaliatory action against Poland, which has slapped a travel ban on Lukashenko, members of his administration, judges and police involved in a crackdown on protestors on the night of 19 December and the arrest of 600, thenews.pl reports.

A wide-ranging crackdown against government opponents has continued through January, with police raiding opposition homes and offices almost daily. Thirty-three opposition leaders and journalists are now awaiting trial in connection with the December demonstrations.

International groups, including the Organization for Security and Cooperation in Europe (OSCE), have been virtually unanimous in their criticism of the election and the continuing crackdowns.

Lukashenko has ordered the OSCE to close its office in Belarus and has threatened the EU with sanctions of his own, Monsters and Critics informs.