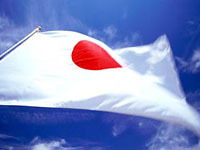 Residents of southern Japanese islands scrambled to community centers early Wednesday when a strong offshore quake briefly triggered a tsunami alert, but the 7.4-magnitude temblor prompted only a mild swelling of waves.

There were no immediate reports of damage from the quake, which struck at 2:20 a.m. (1720 GMT Tuesday) about 80 miles (130 kilometers) off the southern coast of Chichi Island in the Pacific Ocean and was felt as far away as Tokyo, according to The Associated Press.

Earthquakes often hit the seismically active area - something that can't be said of the county of Cumbria in north-western England, where a 3.6 tremor was felt late on Tuesday night local time.

People have described hearing and feeling the earth moving "for well over a minute" but police say there are no reports of injury or damage.

It was also felt in locations across Lancashire, south-western Scotland, Yorkshire, Northumberland and the Isle of Man, Radio New Zealand reports.