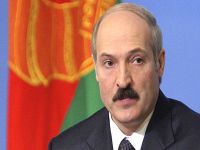 Belarusians went to 6,290 polling stations to chose their president from among 10 candidates, including current President, Alexander Lukashenko.

About 930 international observers kept tabs the electoral battle, which presented the former vice foreign minister Andrei Sannikov, who promised the accession of Belarus to the European Union and the World Trade Organization if wins.

Also in competition in the elections was the opposition Mijalevich Ales, Grogori Kostusev, Nikolai Statkevich and Vitali Rimasherski and the Liberal Democratic Party leader Sergei Gaidukevich, and businessmen Viktor and Dmitry Uss Taraschenko.

The ballot included a space "against all," while analysts had predicted that Lukashenko would get more than 50 percent of votes in the first round, which must be validated by a participation of more than half of the voters.

European observers believe that the Belarusian president employed 86 percent of the television space for his campaign. About 660 journalists were accredited for the elections.

The opposition threatened a demonstration of up to 150,000 persons in the event they would resort to claiming fraud if they lost, while Lukashenko denounced, no matter the outcome, their intention is to create chaos and disorder.

Lukashenko was easily re-elected as the current conditions there make him highly popular. Belarus has only 1.6 percent unemployment, occupies 13th place in the world by the level of illiteracy and the State, from 2001 to 2008, succeeded in reducing the percentage of population below the poverty line from 41.9 to 6.1, although in 2009 increased to 7.3 by the crisis.