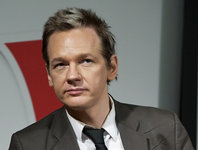 A British judge will rule Thursday whether WikiLeaks founder Julian Assange, who has angered Washington by publishing secret diplomatic cables, may be freed on bail over alleged sex crimes in Sweden.

High Court Justice Duncan Ouseley must decide whether to confirm or overturn a lower court's ruling that the 39-year-old Australian could be freed on 200,000 pounds ($317,000) bail, under stringent conditions, msnbc.com reports.

The Crown Prosecution Service (CPS) confirmed on Thursday morning that it made the call to appeal against bail but would not comment on whether Sweden had any input in the decision.

A spokeswoman said: "It is standard practice on all extradition cases that decisions regarding bail are taken by the domestic prosecuting authority. It would not be practical for prosecutors in a foreign jurisdiction, who are neither present in court when decisions are made, nor familiar with the domestic laws concerning bail, to make such decisions."

But Assange's lawyer Mark Stephens called the decision "highly irregular" and said British prosecutors had asked City of Westminster Magistrates' Court for time to consult with Swedish authorities after bail was granted on December 14, The Press Association reports.