Egypt to reopen beaches with divers and coastguards' help 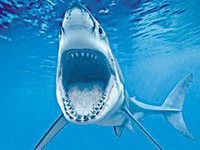 Egypt is to reopen some of its beaches at Sharm el-Sheikh after a spate of shark attacks at the popular resort this month left one tourist dead and four others injured. The decision comes as the Red Sea resort, famed for its coral reefs, gears up for the busy winter season, when European holidaymakers arrive en masse in search of winter sun.

Egyptian officials said they planned to implement new measures on the advice of experts. Divers equipped with binoculars will be posted at observation towers along the beaches, while coastguards will continuously patrol the area in boats. Swimmers will have to stick to designated areas, Independent reports.

Sharm el-Sheikh has faced the conundrum of how to protect against rare threats to its tourism lifeblood before the latest shark attacks. Just five years ago, a series of terrorist bombings killed 88 people and shut business down for months. The government reacted by building a wall around the city; resorts were transformed into heavily guarded fortresses; and security has remained on high alert ever since.

"A lot of people died in the bombings. For two or three months, the city cleared out," says Mohamed Tantawi, who at the time was working in the Ghazala Gardens hotel, the site of the worst bombing. "But there's no comparison between what happened then and what happened with these shark attacks. The sharks have only attacked a few people, and hopefully it won't happen again." And while many tourists remain hesitant to go back in the water this week, most also say they wouldn't turn down another visit to Egypt's jewel on the Red Sea. Indeed, for Sharm el-Sheikh a couple of sharks may still be considered small fry, TIME says.