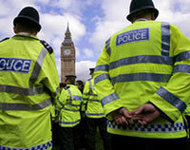 Sweden's prime minister on Sunday urged the country to "stand up for tolerance" after a botched terrorist attack in central Stockholm highlighted signs of growing Islamic extremism across the usually peaceful Scandinavian region.

Fredrik Reinfeldt condemned Saturday's attack, in which a suspected suicide bomber was killed, as an assault on Sweden's open society that risked inflaming racial tensions in a country with a large Muslim population.

The incident followed recent warnings from Sweden's security service of an increased threat from Islamic extremists and came amid a Norwegian investigation into a suspected terrorist plot aimed at neighboring Denmark, according to Washington Post.

Reports in British and Swedish newspapers, citing government sources, identified the man as Taimour al-Abdaly, a 28-year-old Sunni Muslim whose family moved to Sweden from Baghdad in 1992, The New York Times informs.

U.K. police searched a house in Bedfordshire, north of London, as part of the investigation by Swedish police into the bomb blasts that killed the bomber and injured two other people, the Metropolitan Police said.

A suspected bomber injured two people and killed himself in central Stockholm on Dec. 11. The Nordic country's Security Service is investigating the two blasts that occurred a few hundred meters apart and close to a street crowded with Christmas shoppers, according to Bloomberg.