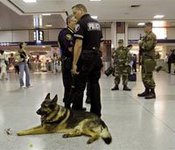 Croatia has issued an international arrest warrant for a former prime minister under investigation for graft who has left the country, the interior ministry said.

Ivo Sanader was wanted by the national Bureau for the Fight against Organised Crime and Corruption (USKOK) for "associating to commit a criminal act and abuse of power," the warrant published on the interior ministry's website said.

Mr Sanader, 57, crossed into neighboring Slovenia, just hours before parliament stripped him of immunity at the prosecutors' request, paving the way for his detention.

It was not immediately clear where he was headed, but a lawyer who said he represented him said Mr Sanader had merely left on a previously scheduled business trip and would return "within the next three to four days," according to The Daily Telegraph.

Sanader, who abruptly quit as prime minister on July 1, 2009, left Croatia on Thursday morning without problem since there was no warrant for him at the time.

He has a company in Austria and has visited the United States to speak at Columbia University's Harriman Institute, which focuses on countries of the former Soviet Union, East Central Europe and the Balkans.

Sanader - the highest-ranking official to be charged for a crime since Croatia became independent in 1991 - was last seen driving into neighboring Slovenia on Thursday morning.

Croatia's Office for Suppression of Organized Crime and Corruption said Sanader is suspected of conspiring to commit crime and abuse of office. It did not disclose details of the ongoing investigation, but at its request Zagreb district court ordered Sanader's 30-day detention.

Interior Minister Tomislav Karamarko said Croatian police are "intensively" cooperating with their colleagues in countries such as Slovenia, Austria and Germany in searching for Sanader, The Associated Press informs.