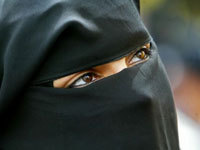 An Iranian woman whose sentence of death by stoning drew worldwide outrage has not yet been executed, the French Foreign Ministry said Wednesday.

Authorities in Iran were reported to have given the go-ahead this week to execute Sakineh Mohammadi Ashtiani as soon as Wednesday, but as of the afternoon, that had not yet happened, French Foreign Minister Bernard Kouchner said in a statement.

He said he spoke to his Iranian counterpart who assured him "that a verdict in the case concerning Sakineh Ashtiani had not been reached by the Iranian legal authorities and that the information on her alleged execution did not correspond to reality," according to CNN.

The sentence of death by stoning was suspended after it was condemned by the US, Britain and international human rights groups. The outgoing Brazilian president, Luiz Inácio Lula da Silva, an ally of Iran, offered asylum to Mohammadi Ashtiani but was rebuffed by the Tehran regime,  reports.

According to Amnesty International, Iran is second only to China in the number of executions it carries out. It put to death at least 346 people in 2008, Sky News reports.