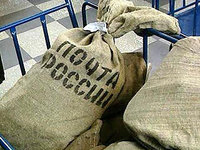 Greek terrorists are suspected of unleashing an unprecedented two-day wave of mail bombings targeting embassies in Athens, international organizations and foreign leaders, with devices exploding Tuesday at the Russian and Swiss embassies and German authorities destroying a bomb sent to Chancellor Angela Merkel.

By Tuesday evening, at least 11 mail bombs had been detected in the Greek capital - one addressed to French President Nicolas Sarkozy and eight to the embassies of Belgium, Bulgaria, Chile, Germany, Mexico, the Netherlands, Russia and Switzerland, Washington Post reports.

In general, foreign embassies have been targeted along with Europol and the European Court of Justice.

Two men have been arrested in connection with Monday's parcel bombings - one of which was addressed to the French President, Nicholas Sarkozy. Greek leftist groups are suspected of planning the bombing campaign, according to euronews.