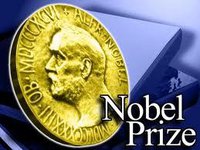 China on Monday abruptly called off a Shanghai meeting with a Norwegian minister in retaliation for Friday's award of the Nobel peace prize to imprisoned dissident Liu Xiaobo, a Norwegian official said.

China had earlier warned Norway that giving the prize to Mr. Liu, who is imprisoned for his pro-democracy writings, would harm bilateral relations. A spokesman for the Norwegian Foreign Ministry told Reuters news service: "I can confirm that the Chinese have canceled the meeting as a reaction to the Nobel Peace Prize.", according to New York Times.

China's censors have mounted an effort to prevent news of the award circulating on the Internet in China and searches on the subject remained blocked Monday.

Liu's wife Liu Xia said, via her Twitter account, that she had been placed under house arrest at her Beijing home both before and after travelling to the prison in northeastern China where her husband is being held to inform him of his prize, AFP says.